Hi-Lite Signs was founded in 1969 by David Bradshaw after moving from Grimsby to Louth, following a career in accountancy.

Production started in a small workshop with only two employees but as sales increased, new premises were sought and the old roller skating rink in Ramsgate Road was purchased. Although in a dilapidated state, it was fully renovated to suit the company’s manufacturing requirements.  The property had originally, been used in the manufacture of buses – probably in the 1920’s – 1930’s.

The company manufactured general signs in glassfibre using a process developed for sub-surface printing which produced a high quality, corrosion resistant product.  Because of its properties, success was achieved with industrial companies. An opportunity was identified to supply signs for company’s health and safety requirements. Sales were expanded nationally with marketing through safety exhibitions in Harrogate and the NEC in Birmingham.

When the Health & Safety Act was introduced in 1972, the company was therefore well placed to take advantage of the opportunities to supply signs meeting the new legal requirements and Hi-Lite soon became a leading supplier in this field.

The next development came following the discovery of North Sea Oil. Projects for the complete signage of many of the new production platforms being built were tendered for and won. Originally negotiations were with the London offices of the oil companies, but when control was transferred to Scotland, it was decided to open an office in Aberdeen to better serve our customers. Over the years, considerable knowledge and expertise has been gained in this field and Hi-Lite have become preferred suppliers to many oil and drilling companies worldwide. Orders have been won for projects in the Middle East, Canada and beyond.

In the early 1990’s the company purchased Nash & Hull Signs, a corporate and architectural sign manufacturer based in Edmonton, London.  Many prestigious projects were completed from this factory, including signage for the Lakeside shopping mall, Midland Bank, Littlewoods, Boots, Berni Inns, London Underground and also at London and Birmingham airports. The factory was sold during the recession and production concentrated in Louth, along with the Aberdeen sales office.

In 2008 production was transferred to premises on the Fairfield Industrial Estate and the Ramsgate Road premises sold.

In 2016, the role of Managing Director transferred across to David’s daughter Caroline who now manages the company alongside her husband Mark

A wide variety of materials are offered with both large and small orders welcome.  An installation service is provided and if required, surveys are free. 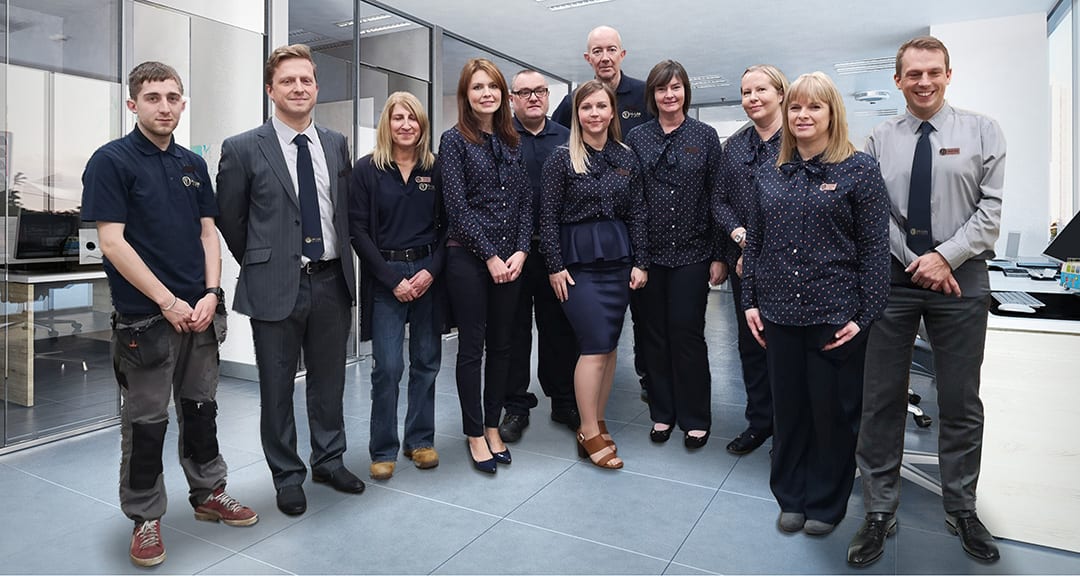